Among the youngest bands ever to storm the metal genre, Death Angel has come to be known as one of the most influential bands to emerge from the thriving Bay Area Thrash Metal Scene in the early 1980s. An era when one could catch Cliff Burton (Metallica) at the front of the stage at Ruthie’s Inn banging his head to Death Angel’s inventive style, and speedy, complex arrangements.

Halcyon Way’s sound cannot be neatly slotted into any sub-category of metal; but it can be described as heavy, catchy, technical, and above all, focused on mature songcraft. The band draws influences & inspiration from many metal bands from Megadeth to Dream Theater to Testament to Chimaira. The focus of the songwriting is on catchy hooks, vocal harmonies a la King’s X or Stryper, and on heavy, technical, but ultimately accessible instrumentation. Although these are many disparate influences, the net result is a brand of metal that is immediately familiar and comfortable to the listener, yet strangely hard to define.

“Yea though we walk through the Valley of the Shadow of Death, we will fear no evil, for our mothers built us UBERSTOUT!” UBERSTOUT create their sound by: numerous trips to the all you can eat buffet, southern rock influenced grooves, shredding guitars, politically incorrect poetry, & their favorite party liquor. Bake at 420 degrees for one hour and you get a “Heavy Metal Groove Core Southern Fried Rock N’ Roll Casserole.” Five guys with five different backgrounds sharing one view, “Create music we love and deliver it in an UBERSTOUT fashion.” UBERSTOUT formed through mutual friends and lifelong musical relationships. Together the posses an arsenal of musical weapons destined to make you kick back, or kick f—ing ass! 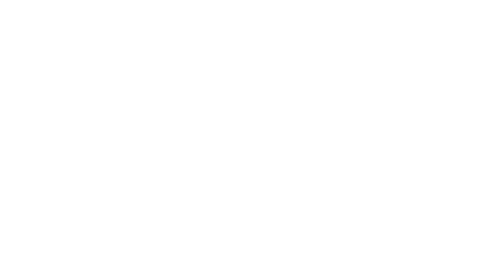 Comprised of all former NFL and NBA dancers, The Cherry Bombs bring a sizzling show with elements of high-energy dance, fire and aerial arts, comedy, magic, and so much more! Not only are all the ladies skilled on stage, but they are all seasoned models for print and promotional purposes. Let The Cherry Bombs make your next event a hit!

Bishop Lake was founded in 2011 by ex-Halcyon Way guitarist ZANE. The first release was an EP of material written over the course of a few years and recorded at LUCKO Sound studios under the direction of Mike O’brien. In late 2012, Glen Williams (Bass, ex-Halcyon Way) joined up to help put together a lineup to do shows in support of the EP. David Prince(Lead guitars, ex-Halcyon Way) joined in mid-2013 and in late 2013 Scott Prian joined as the drummer. Performing one show in Feb. of 2014 with this lineup, they entered the studio under the direction of Scott Prian to record what was to become “The Meritocracy of Hell”, an eight song journey into the dark guided by only the flashlight that is Bishop Lake’s dark sense of humor. In 2014, Scott Prian left BL on amicable terms, and Joey Stewart (ex-Thundershield)to fill in the drums for a show. After many rehearsal it became apparent that Joey Stewart was the right fit for Bishop Lake and chose to stay on board as the official drummer. The band is currently touring in support of “The Meritocracy of Hell”, and continues to write new material presumably for a 2015 release.

Rigorism formed in 2012 setting out to make music that doesn’t have a million genres, Metal is what is written, played and the adrenaline at a live show is definitely a must see. Strong vocals, powerful riffs, odd syncopated bass and drums make up RIGORISM…

The Bands first CD was released in 2008 and the band hit the local music scene hard. Selling over 5000 copies of the first album and playing over 200 shows since the band started has garnered Killing Grace mass attention with multiple awards and nominations from Nashville Independent Music Awards, Music City Mayhem Awards, Nashville Metal Bands and the Metal Deli.

With radio airplay for Killing Grace singles, working with the top area promoters and selling out over 100 local shows have the band poised to to break out of the region and hit the national stage with the release of the new album “17 scars” produced by Ronnie Honeycutt (Jackyl, Jeff Lebar).